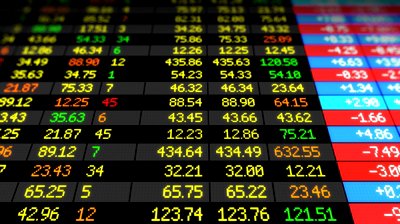 Investing in the stock market  can be extremely frustrating for those who look back on the big rally they missed and nerve-wracking for those who believe the may be putting money into the market at the top.

With today’s big market selloff, some are worrying that we’ve seen the market peak. This obviously would make investors extremely hesitant to buy stocks for fear of a big decline or perhaps a crash.

However, obsessing over this risk could lead to analysis paralysis because you can never know with certainty if the market will indeed crash. And those who constantly stay out of the market for fear of losing money will miss out on some of the best opportunities to buy.

Fortunately, there is a very basic investing strategy that can save investors from losing too much hair as they make the decision to buy stocks. It’s called dollar cost averaging.

Having said that, taking a longer term view is good for investors worried that they may be buying at the top of the market.

A classic strategy called dollar cost averaging can help reduce risks surrounding an asset falling in price. The concept is straightforward – you invest a fixed amount of money in an asset once every fixed time period. If the asset’s price drops, you will be getting more shares of the asset for the same amount of money, and so if and when the price recovers, you will have spent less per share, on average, than if you had bought the shares at their peak, pre-fall price.

Dollar cost averaging isn’t about losing money as the stock market falls. It’s about buying increasing amounts of shares at cheaper prices, which means bigger returns during the rally.

How Dollar Cost Averaging Worked Brilliantly During The Last Crash

To see this in action, we came up with a simplified thought experiment.

We considered what would have happened to an investor jumping into the stock market at the last peak: October 2007. This was arguably the worst time to buy. Our hypothetical investor puts $50 into a S&P 500 index fund at the start of every month, starting in October 2007 — the last stock market peak before the beginning of the great recession.

Here is what happened to the S&P 500 starting at that peak: The index dropped more or less steadily until the worst moments of the financial crisis in fall 2008, causing the full on crash, and only began to turn around in March 2009.

The key to our investor’s experiment is that they are staying consistent. No matter how stock prices move, they will always put $50 every month into the index fund.

Based on changes in the value of the S&P 500 index, we calculated our investor’s price return, less the $50 monthly cost: This is a respectable 56% return. That averages out to about a 6.5% annual rate of return.

To get another perspective on this, here is the percent gain or loss, compared to taking $50 each month and holding it as cash: Things start out looking pretty dire, as the economy fell into its deep recession through mid-2009, with the S&P 500 reaching a minimum in March of that year. At the lowest point for our investor, at the start of February 2009, she would be down about 36%.

Because human beings are often overly risk-averse, our hypothetical investor might have been tempted to abandon their investment plans during the bad months. That is, they might look at this chart and panic about the drop: But, if our investor sticks with their plan and keeps putting $50 in every month, even through the dark times, once the market bounces back, they end up doing quite well: Here’s Why You Never Hear About This

Unfortunately, dollar cost averaging isn’t sexy. It’s much sexier to sell at the top and buy at the bottom.

Obviously, your returns would be much higher if you win the stock market lottery by perfectly timing the tops and bottoms of the market. However, almost everyone who tries to do this will find themselves losing money and lots of it.
If you are investing for the long haul, and can hang on through watching your portfolio’s value drop temporarily in bad times, starting to invest in stocks, even near a peak, may not be as terrifying as it looks. The market has always bounced back sooner or later, so if you can hold on until that later, don’t panic.

Dollar Cost Averaging is perhaps the most basic  strategy of investing, its the lesson #1 of 101 to investments. We all know about it but few  actually use it. Why? I’ve personally heard the saying on how Pilots make one of the best Investors around just because they are able to keep calm under pressure and follow their protocols despite everything that is happening outside the cockpit, and it’s such qualities that actually make them good investors. Good investors aren’t emotional, they don’t follow speculations or any “insider information”, they follow facts and strategies. It isn’t exactly easy keeping cool while u watch share prices drop and resisting the urge to pull back your funds, fearing that prices would dip further, yet here i am asking you to buy more when prices drop. That isn’t what a common man would do, then again, common men aren’t rich men.

Leave emotions out, stick to your strategy. If that doesn’t sound like something you can do, the stock market probably isnt your best investment tool.

“The stock market is filled with individuals who know the price of everything, but the value of nothing.” – Phillip Fisher 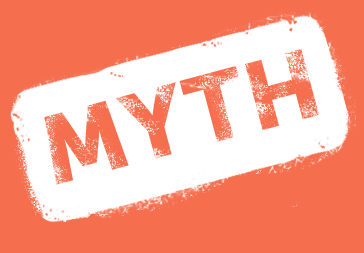